Have you ever had a friend you felt close to, but had never actually met in person? This was Josh and I.

Over the years, we laughed, we cried; we shared random snippets of life, as well as our hopes and dreams with one another.

It's funny how our friendship illustrates our timeline on the Internet. We met on Neopets as kids and added each other on the now-defunct MSN Messenger, spending hours chatting to each other, saying bye when we had to give our siblings "computer time".

Lots of childish kiddy jokes were hurled around, as were music tracks, which was what made me really like Green Day. Then there was MySpace, which came and went. Later, Facebook and Skype. And a few postcards and snail mail letters along the way.  Josh lived in Australia, while I lived in Singapore, but the distance was never an issue.

We had said, "We should meet one day" to each other even before turned into teenagers and were shocked that we managed to make it a reality in August 2015.
To be in the same physical space after ~12 years of kind of growing alongside each other (from afar) + seeing ourselves mature from kids, to teens and then to adults was quite amazing and strange at the same time.

In our first few hours together we enjoyed arcade games, fish & chips and went for a brewery tour where we tried 10 different beers. We hung out a lot more over the next few days, and Josh showed me his fire-breathing tricks in a park overlooking the city of Perth.

Josh struggled with depression. While he spent most of his waking hours trying to make people laugh, he went through really tough times when he was alone. I was privy to this dark world of his, and always tried my best to remind him that he was loved.

Sometime in 2016 I got word that he had left the world, just a few weeks after he told me he wanted to fly to Singapore to visit me. I was devastated and in shock. I sobbed so hard when I realized that my buddy who grew up alongside me was never going to send me funny pictures or silly songs again.

It was a good 13 years. Buddy, I wish I could have helped you float along and weather your storms. You gave selflessly to your friends and saw the best in me, even at my worst.

Today Josh would have turned 30. I miss him so much and am grateful that we have great memories to cherish & hold.

Josh was my first modern friend, and will always be. 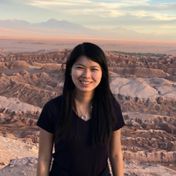 Marketer & Maker who loves following my curiosity. I love learning and building things and write a weekly newsletter, BrainPint!

Join thousands of curious people and get interesting reads, learning resources and tools sent to you weekly to make you smarter

How I Curate A Weekly Newsletter

Marketer & Maker who loves following my curiosity. I love learning and building things and write a weekly newsletter, BrainPint!